Chelsea owner Roman Abramovich shows no sign of giving up on his dedication to the club as it’s emerged that the Russian requested footage from the Blues’ recent behind-closed-doors friendly with Peterborough so that he could watch his side from his luxury yacht.

Thomas Tuchel’s side kicked off their pre-season campaign by thumping the Posh 6-1 in a friendly at the Blues’ Cobham training base.

The likes of Callum Hudson-Odoi, Christian Pulisic and Tammy Abraham took part from Chelsea’s first team, while Ruben Loftus-Cheek and Ross Barkley were back in blue after loan spells at Fulham and Aston Villa respectively.

There has been some suggestions that Abramovich’s commitment to Chelsea has dwindled in recent years, particularly after the Russian was denied a visa that allowed him to stay in the UK. 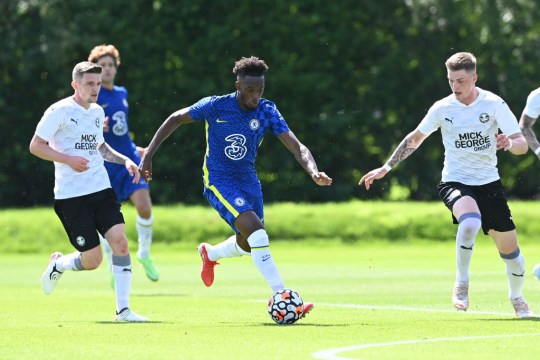 However, the Russian billionaire’s commitment surely cannot be questioned after the Daily Mail revealed he requested a live stream of Chelsea’s friendly against Peterborough so that he could watch his side while on holiday.

Abramovich will likely have been pleased with what he saw as Tuchel’s side put six past the Posh, with Abraham, Pulisic and Armando Broja netted.

But it was the hat-trick from Hakim Ziyech that may have caught Abramovich’s eye, with the Moroccan hoping to put a difficult debut campaign behind him as he enters his second term at Stamford Bridge.