England captain Harry Kane has vowed to ‘give it everything’ to honour the memory of Charlie Naughton who tragically passed away earlier this week while watching the Three Lions’ historic win over Germany at Wembley.

Gareth Southgate’s side progressed to the quarter finals of Euro 2020 following a 2-0 win, during which Kane scored his long-awaited first goal of the tournament and ensuring a nerve-shredding final few minutes was avoided.

While the rest of the nation was reveling in the celebrations, paramedics worked for three hours to try and bring Naughton back to life but the Chelsea fan ultimately passed away aged just 29. 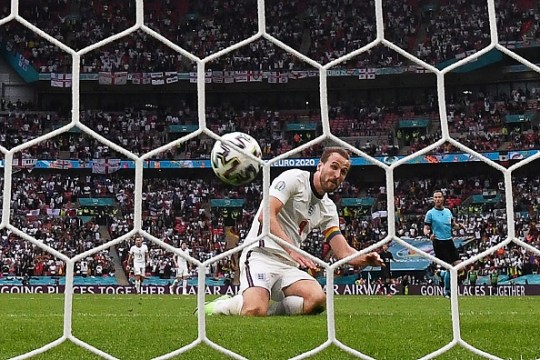 Ahead of tomorrow’s match against Ukraine in Rome, Kane wrote on Twitter: ‘I’m so sorry to hear about Charlie passing away – my thoughts and condolences go out to his family and friends.

‘We will give it everything tomorrow and for the rest of the tournament for fans like Charlie. RIP Charlie Naughton.’

Other tributes have flooded in for the ‘passionate’ football fan with Chelsea star Reece James saying: ‘Rest in peace Charlie. KTBFFH [Keep the blue flag flying high] while teammate Mason Mount quoted the Tweet with a blue heart emoji and white dove.

A GoFundMe has also been set up to raise money to help Charlie’s devastated family with funeral costs.

Charlie’s sister Dollie said: ‘My darling brother Charlie. Words can’t explain the pain we are all in right now, you truly are one in a million. Always us four against the world.

‘They really do take the best cos u sure was char. Sleep tight my angel, I’ll love you forever and I’ll see you again one day.’ 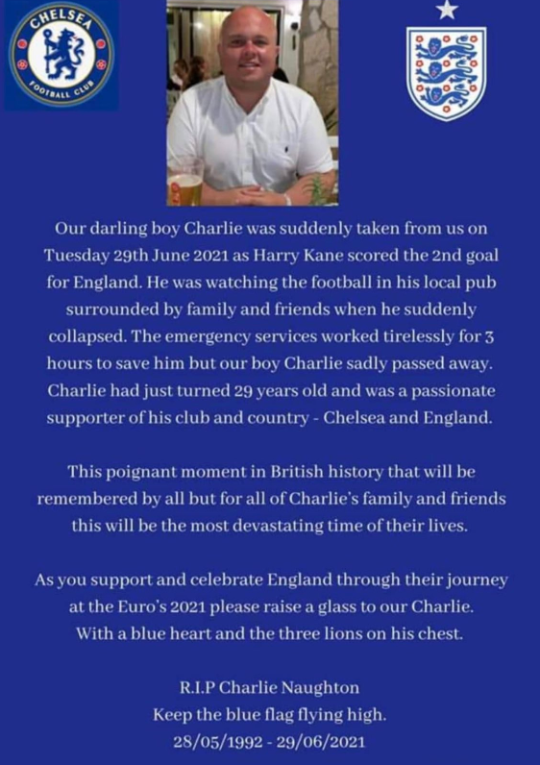 Marina Granovskaia Has Discovered When Chelsea Can Complete £51.7m Transfer For Raphael Varane