Scotland midfielder Billy Gilmour will miss his country’s must-win game against Croatia on Tuesday after testing positive for Covid-19.

The Chelsea playmaker put in a fine performance as Steve Clarke’s side earned their first point of the tournament with a spirited display at Wembley on Friday.

The 0-0 draw means Scotland must beat 2018 World Cup finalists Croatia on Tuesday evening to progress to the last-16 but they’ll do so without Gilmour after the former Rangers ace contracted coronavirus.

A brief statement from the Scottish FA confirmed the teenager would miss the game and potentially the rest of the tournament as he must self-isolate for ten days. 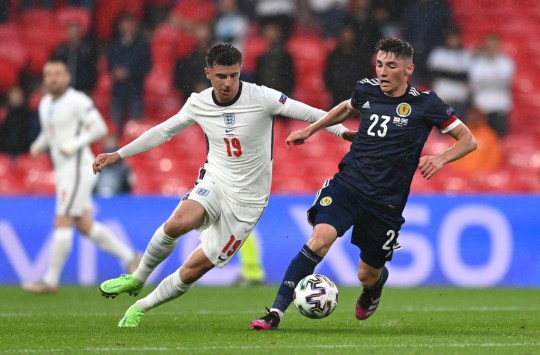 ‘We can confirm that Billy Gilmour has tested positive for Covid-19,’ a statement read.

Gilmour started Scotland’s opening game against Czech Republic at Hampden Park on the bench and only emerged in the latter stages as Clarke’s men were beaten 2-0.

His performance at Wembley means it was likely that Gilmour would have started against Croatia, who also have one point after two games.

Scotland know anything less than a win will see them exit the competition, as their standing means they’re unlikely to qualify as one of the third-placed teams.

Related Topics:Billy GilmourChelsea News
Up Next